This is a series of highly decorated paper cuts of Goddesses from different cultures around the world. There are three in total - One is the Venus of Wilendorf, the second is the Hindu Goddess Kali, and the is The Hand of Fatima or Hamsa commonly seen in Islamic cultures.

The pieces have cuttings that have been derived from traditional folk patterns from South Asia. The patterns further evoke the feminine and the Divine in the female figure. 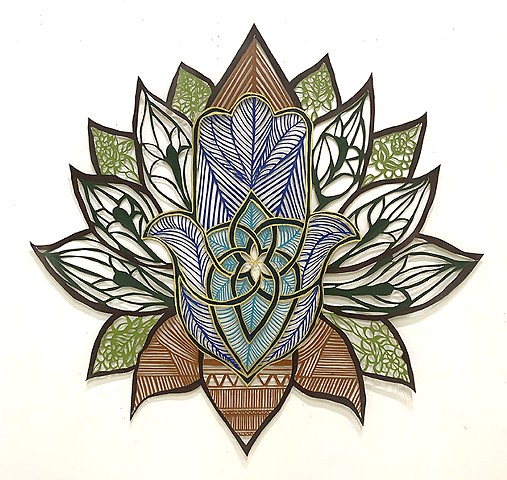 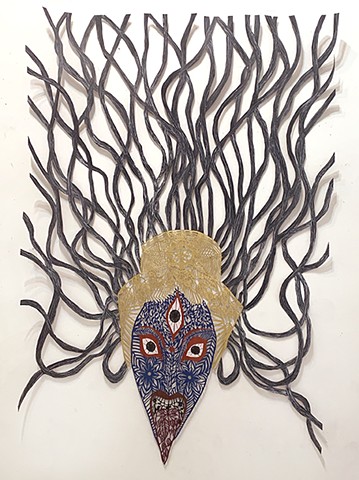 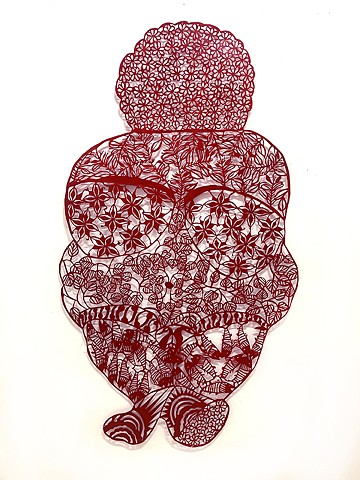