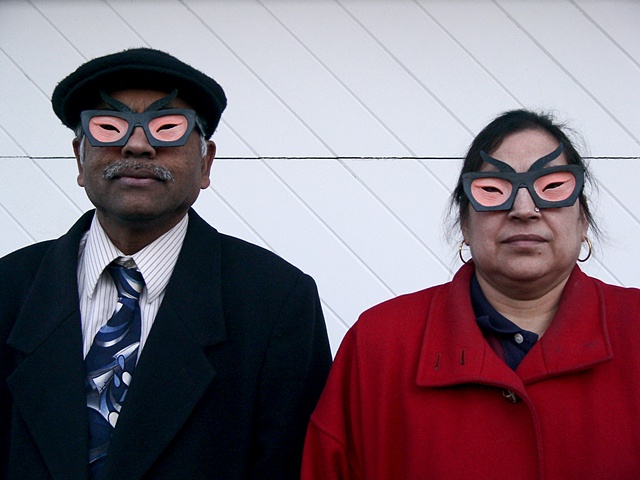 Vandana Jain’s 2003 digital print, Mummy Papa is a photograph that brings to light the many racial stereotypes that the West has of the East. In Mummy Papa the artists parents are seen donning a pair of glasses that mimic East Asian or “Chinese” eyes. What is striking within this work is that Jain’s parents are Indian and an audience in the West would not think of visible minorities poking fun of another minority group. The photograph itself sparks many questions about racial stereo-types. Why is this South Asian couple mimicking Chinese eyes? If the couple was Caucasian would it be acceptable for them to attempt to mimic another race? Why would an Indian family want to look Chinese? What is Asian?